Best of the Best Honours 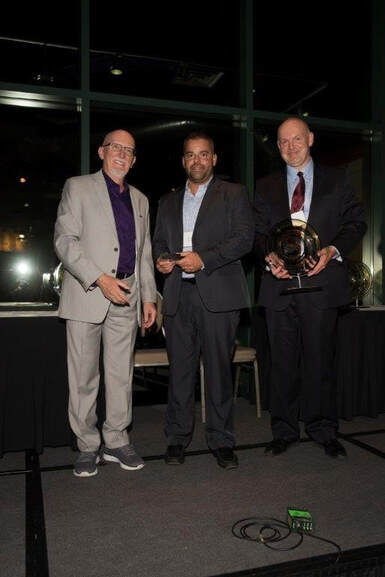 Darryl Fry, Brad Jones of The Haven, and Paul Burt.
On August 8, 2017, the Fry Family Foundation celebrated 20 years of providing charitable support to groups and organizations across North America with an event at The Rooms in St. John's, Newfoundland. The focus of the event was to honour a select group of leaders and volunteers from organizations that the Foundation has partnered with during its twenty-year history.

Darryl Fry explained, "Over the years we have evaluated and carried out projects and programs in Newfoundland, Ontario, New Jersey, Florida, New Mexico, Louisiana, and Guatemala. We have been involved with 100 Charities and Not-For-Profits and over 1000 individuals in these organizations. The mission of every organization we support is compelling, but it is the competence and passion of the leaders and volunteers that we meet, that in the end drives our decision to get involved. The focus of our anniversary celebration was to honour the Best of the Best, the Elite that we have partnered with for the past 20 years with whom our relationship has withstood the test of time".

Since its establishment, the Foundation has contributed to more than 100 projects, the most ambitious being scholarship programs in Newfoundland and Labrador. In 2015, the number of scholarships granted within the province surpassed the 1,000 mark. Currently, the Foundation awards over 70 scholarships to students at Memorial University, Marine Institute, College of the North Atlantic and the five St. John's Community Centres. Many other projects have been supported by the Foundation, and by 2017, the donations had exceeded $6 million.

​Read more about this event here.