Celebrating 25 Years as a Foundation

.In September, 2022 Fry Family Foundation celebrated a milestone of 25 years of providing charitable support to groups and organizations across North America with two events, one in St. John's and the other in Glovertown. The focus of these events was to celebrate 25 years of partnerships  in education…in leadership…and in community. It was also an opportunity to honour two leaders and volunteers who made a significant contribution to the work of the Foundation during its history. In St. John's, Phil Warren was presented with a Legend Award for his Leadership in the development of the FFF Scholarship Program. In Glovertown, Clarice Goodyear was presented with a Legend Award for her Leadership in the establishment of Ken Diamond Memorial Park.

The original five scholarships endowed at Memorial University in 1996 became Darryl and Marlene Fry’s inspiration for Fry Family Foundation. As MUN Alumni, those scholarships are where it all began and they have always believed that education remains the key that unlocks doors, breaks cycles of dependency and allows young leaders to thrive and attain their full potential. In the 2022-23 academic year, FFF will award 81 scholarships to students attending Memorial University, Marine Institute and College of the North Atlantic.

Darryl's mother, Clarice Diamond Fry, was from Glovertown. He wrote, "My introduction to the business world came from my newspaper route in St. John's, but working with Uncle Ken and Aunt Viola in Glovertown solidified my long-term interest. In 1996, to commemorate those developmental summers in Glovertown, I wrote to their daughter, Clarice Goodyear, expressing my desire to build a facility in the town as a memorial to Uncle Ken. Clarice gathered a number of the townspeople, and shortly after that, the Ken Diamond Memorial Park was opened to the public."

During his speech at a 25th Anniversary Celebration Event, Darryl said, " I'm often asked the question 'What did Marlene and I get personally from the past 25 years of FFF?' Well, we were involved with the development of partnerships with many of you that kept expanding our horizons. We got to show our respect backwards as 19 of our scholarships and projects are named after people who helped us along the way. Last, but most important, we got to hang out with nearly 2000 students, many with great leadership potential. They all made us very proud."

Legend Award - Leadership in the Development of the FFF Scholarship Program 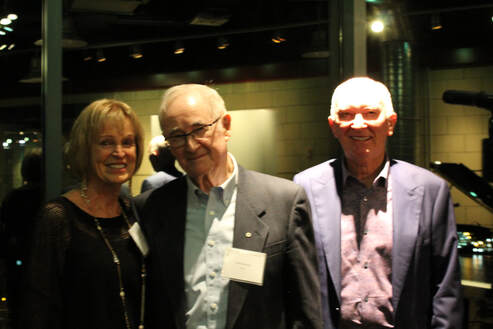 (L-R) Marlene Fry, Phil Warren, Darryl Fry
​The Trustees of the Foundation were pleased to present Dr. Phil Warren with the FFF Legend Award for his Leadership in the development of our scholarship programs at Memorial University, Marine Institute, College of the North Atlantic and the St. John’s Community Centre Alliance. He was also instrumental in the establishment of the FFF Student Leadership Initiative at Marine Institute. Phil has spent his life as an educator with Memorial University and as the Minister of Education in the Government of NL. Highly respected for his leadership, innovation and integrity, he has been at the vanguard of educational policy development in this province and has influenced generations of teachers and administrators. Phil served many years as Senior Advisor with the Friends of FFF until his retirement in 2021. His efforts in the early years have led to continued growth in the Foundation’s scholarship program, resulting in the awarding of almost 1800 scholarships to deserving NL students in the past 25 years. 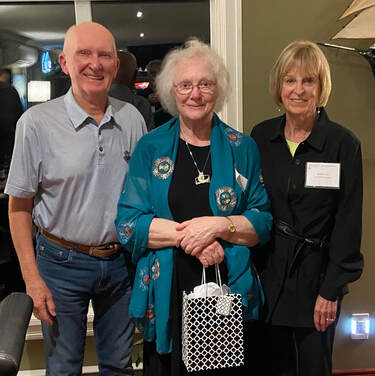 (L-R) Darryl Fry, Clarice Goodyear, Marlene Fry
The Foundation's Trustees were also pleased to present Clarice Diamond Goodyear with the FFF Legend Award for her Leadership in the establishment of Ken Diamond Memorial Park. The Foundation was founded in 1997 and this park was its first project. Clarice was a founding member of the Planning and Development Committee that worked to establish the Park. The leadership by Clarice and the implementation by the people of Glovertown became a template for Foundation projects for the next 25 years. Today the Ken Diamond Memorial Park continues to be a gem in Glovertown, with wheelchair accessible walking trails used by thousands of residents and visitors every year. The Park preserved the natural habitat of Southwest Steady, an area of marshland that is home to numerous water fowl and plants. Since 2013, Clarice has also served as a Friend of FFF, continuing to provide input on projects and representing the Foundation at numerous events.

FFF recognized in the NL House of Assembly 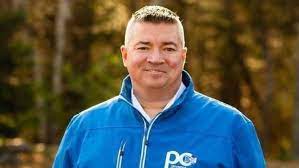 Lloyd Parrott, MHA for the District of Terra Nova, spoke in the NL House of Assembly to recognize the Fry Family Foundation and it founders Darryl and Marlene Fry on their 25 years of Community Service in and around our Province and beyond. He commended the family for their generosity over the last 25 years and thanked them for their continued support of Glovertown. Listen to Lloyd Parrott's address. The Foundation is humbled and honoured by this recognition.

FFF 25th Anniversary recognition by The Haven in Florida